Follow us on a tour through the continent where humans can see and spot Leopards – Africa!

Leopards, the crown jewels of a safari in Africa

The most promising places where you can spot Leopards in Africa

Summary of the best places to spot Leopards in Africa

We also have articles on the best places to see Lynx.

Leopards, the crown jewels of a safari in Africa

The lion might be the king, but the beautiful, shy and elusive leopard is the crown jewel everyone wants to see on a safari in Africa. Leopards are nocturnal in many parts of their range.

The loss of habitats, poaching and conflicts with farmers have all contributed to a decline in global numbers.

Seeing a leopard requires a little luck and a little strategy. You need to be in the right place at the right time, but you also need to go where they are plentiful. There are still several excellent places in East Africa and Southern Africa that give you a good chance of sighting.

Have a look at some of our at Best Places to Spot Leopards in Africa!

A master of camouflage

Leopards are considered some of the most elusive animals in Africa, and they are often the last of the Big Five to be crossed off the list.

Even after several game drives, many people leave without seeing them. This is because leopards are usually not out during the day – and even if they were out, they are probably on a tree eating or sleeping.

Endangerment of Leopards in Africa

Leopards have already disappeared from large parts of their original range, especially from North, East and West Africa, the Middle East, East and Southeast Asia. In southern Africa, too, stocks are declining. Although, there are many of the best places to see Leopards still in Africa.

Some subtypes are already extinct or stand shortly before the extermination. The main threat is the massive loss of habitat, other problems are the lack of prey, conflicts with humans, legal trophy hunting and illegal hunting.

The leopard is strictly protected by the CITES Convention on International Trade in Endangered Species of Wild Fauna and Flora, and commercial trade is prohibited internationally.

Leopards are poached both in Africa and Asia because their hides, teeth and bones are coveted trade objects for ceremonies, status symbols, traditional medicine or souvenirs. In Africa alone, several thousand leopards are killed every year for ritual purposes. In addition, hundreds of animals are killed by international big game hunters.

The most promising places where you can spot Leopards in Africa

However, we believe that sharing the love for these animals helps to protect them. After encountering Leopards in their natural habitat, you could only love them. Let us show you the best places to see Leopards.

Number one of the list of the Best Places to Spot Leopards in Africa is Sabi Sand. If you utterly need to see a leopard, then go to the place where their populations are the densest in Africa – and that means Sabi Sands, a collection of exclusively used private reserves on the western border of Kruger National Park.

Londolozi, in the Sabi Sand Private Reserve, is one of several areas with a high leopard population – with more than 50 leopards living in an area of 100 square kilometres.

The area is ideal for leopards: lush vegetation to hide in, highly branched trees to climb on and a wealth of prey to stalk. The South African Madikwe Reserve near the Botswana border is another good way to see leopards on a South Africa safari and easily accessible from Johannesburg.

The South Luangwa National Park in eastern Zambia, in the Luangwa Valley, is the southernmost of the three large national parks of Zambia. The area is also known as the Valley of the Leopard – a suitable name as it has one of the highest leopard populations in Africa.

Its incredible abundance of prey is the perfect snack for the majestic leopard. In South Luangwa National Park night drives are allowed, making it easier to spot leopards on a Zambia safari as they pursue their prey.

The Masai Mara is known for the numerous big cats attracted by the sheer number of wildebeests and zebras arriving at the northernmost point of their Great Migration journey. The Masai Mara is undoubtedly one of the best places to see all of Africa’s wildlife, including leopards, of which there is a large population. Most leopard sightings usually take place along the Mara and Talek rivers. Night cruises are not allowed in the Masai Mara nature reserve. Really one of the best places to spot leopards in africa!

For watching leopards after dark, we recommend to spend a few nights on your Kenya safari in a private nature reserve of the Masai Mara. Samburu, off the beaten track, also has a reputation for great leopard sightings.  Lake Nakuru National Park is famous for the thousands of flamingos that flow there, but it is also home to many other animals, including leopards. There are not many lions in the park, which gives leopards better access to prey. The National Park is one of the few places where leopards regularly run around during the day. The fever trees at Lake Nakuru are popular meeting places for leopards.

For almost guaranteed leopard watching on a Namibian safari, visit the Okonjima Nature Reserve in northern Namibia. The reserve lies at the foot of the Omboroko Mountains and hosts the AfriCat Foundation, which rehabilitates injured predators. The Kalahari Desert is another address where you can observe the leopards. Always good to check the weather before going.

The vast terrain of the Kalahari Desert makes it somewhat easier to spot leopards than in the dense savannah or forests of other parks. The desert also has limited opportunities for the leopards to get the water, so they gather through water holes.

Many visit Tanzania to experience the Great Migration. But where there are wildebeests and zebras, there are also predators nearby. The Seronera Valley is one of the best places to discover the beauties, but don’t forget to look up!

Famous leopards like Bella (on the Talek River) can be seen in the northern part of the reserve, towards Musiara/Windmill. Other good areas for leopard sightings on Tanzania Safari are the Keekorok, Sand River, Ol-Kinyei and nature reserves.

There are many excellent places to see leopards on a Botswana safari, the best of which are on the edge of the Okavango Delta. These include the Savuti and Linyati Reserves (between the Okavango and Chobe National Parks), but for many safari experts the best destination is the Moremi Game Reserve.

To conclude, the favourite places for leopards are the lagoons and forests around the floodplains. Moremi protects much of the Okavango Delta, Botswana’s wildlife landmark.

Summary of the best places to spot Leopards in Africa

In summary, we think Africa offers some of the best places to spot leopards! Of course every place is very different from the other, so be sure to prepare accordingly and as always all ideas are subjective, so every place can be awesome! 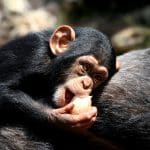 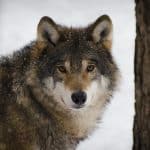 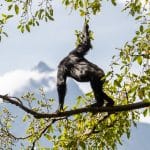 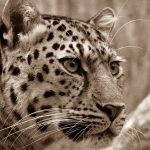 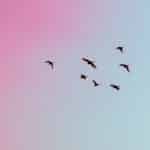 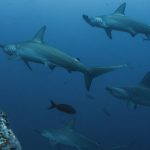 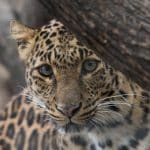 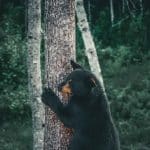 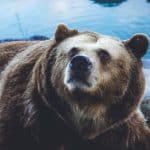