Welcome to Animals in Utah.

Utah is made up of three main geographical regions: the Rocky Mountains (across the northeastern border near Idaho and Wyoming), the Great Basin near the Nevada-Arizona border, and the Colorado Plateau near the eastern border with Colorado. 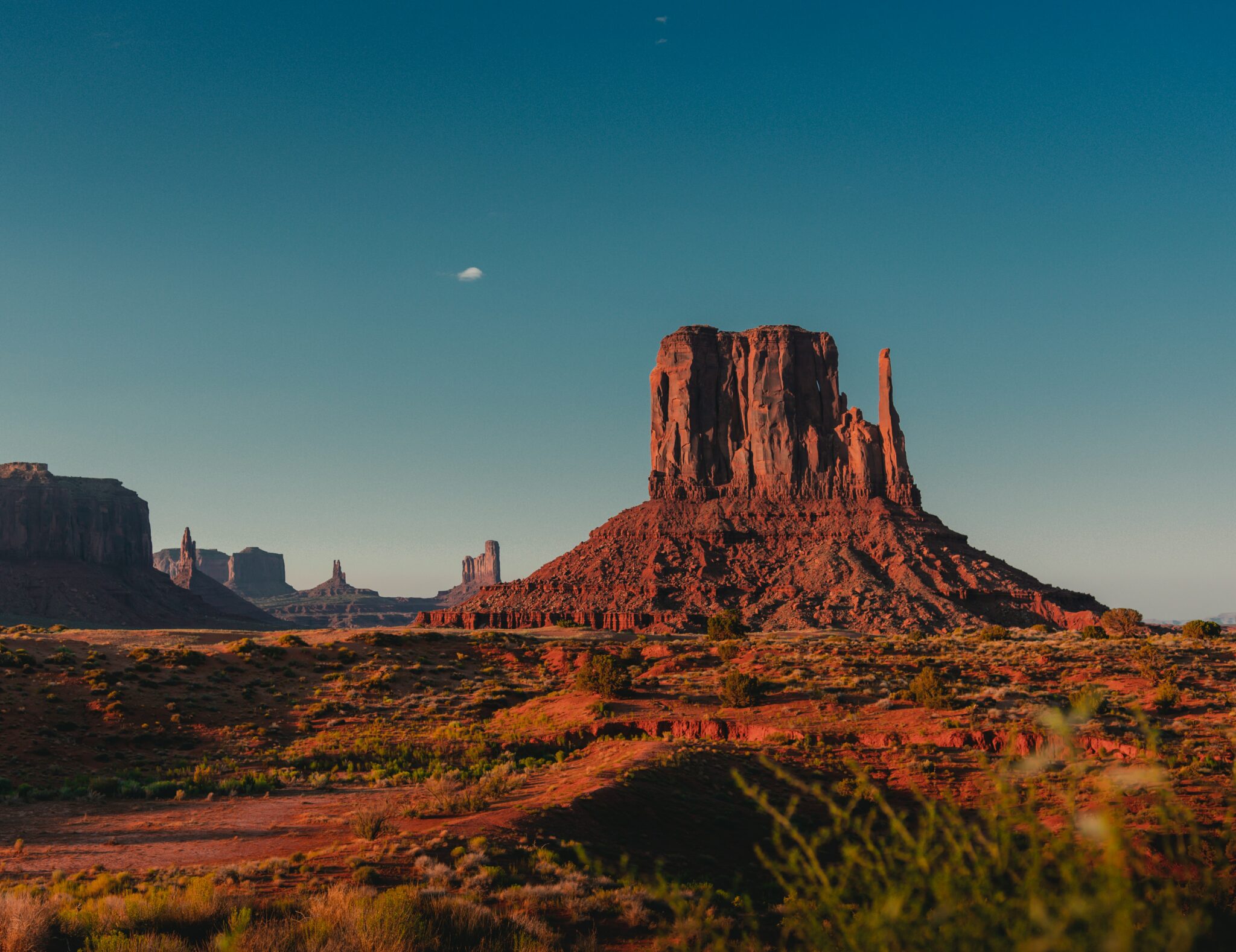 The Great Salt Lake, in the north is perhaps the most interesting feature of the landscape it is actually a remnant of an ancient lake called Bonneville.

But the ecology of the world is too diverse for many species of wildlife. Although much of the country is hilly and deserted, Utah still offers biodiversity and geographical diversity. Its borders include arid deserts, deep ravines, vast pine forests, vast swamps, and high mountains.

The official state bird is the California gull, which has its monument in Salt Lake City because it helped eradicate cricket, which was destroying the crops of early immigrants. The elk was once found in many parts of the world, but now it is found only in the mountains.

There are around 9 species of Abert’s squirrel found in different region and one of the species is found in Utah region. They are home grown to Rocky Mountain in southern region. They have ears which have tuft on it, under parts are pale in colour. They have patches on their lower black and are mostly grey in colour.

They love to ear cones and seed of crops whenever they are available based on the season and environmental changes. They can also eat carrion, bark, buds, fungi which are mostly found in summer season. Their nest is spherical in shape and is created on high canopy. They majorly use ponderosa pine for creating nest, covering and food intake. So where ever we can find ponderosa pine we can easily spot Abert’s squirrel, earning them a spot on the list of animals in Utah.

Female squirrel create nest with twigs of pine which are 6 – 24 inches in length. Various kind of material has been used to create nest like in summer that use pine branches and cotton wood cavities for nests. They prefer to create nest in south to southeast direction of tree. At the upper third area of pine tree crow they used to create their nest.

As they prefer to live on pine trees so they love to eat pine tree seeds, roots, inner part of trees like bark, specially the new twigs, bud terminals, pollen, staminate bud. They also eat fungi, bones, antlers, carrion. They also love to eat Mexican pinyon seed whenever they are available based on the season and weather or when pine tree seeds are not available.

Where can one find Abert’s Squirrel in Utah?

They are found on one of their favourite tree named as “Ponderosa Pine Tree” found together with animals in Utah.

Mature skunks have creamy white & black colour stripes which are very bold in look, in the front part of the body they have three long stripes in both the sides, and at the hind side they have three stripes which are also vertical in shape. These three strips cover all body like one covers the spine, another one covers the shoulder to the face and the third one coves the lower area of shoulders and moves down to the middle part of the body.

Sometime the black colour fur becomes red or brown in colour but it’s in very rare cases and white part becomes yellow or grey in colour. They are omnivorous and eats insects, small animals like voles, mice, babies of rabbit, small birds. They also et roots of plants, fruits, berries, and grains.

They also eat some of the common insects like caterpillars, grasshoppers, and beetles. They can also eat eggs of other animals also. They also consume scorpions. Golden eagles are major threat to them. They mostly like to live also specially the males; they live in dens or can live with two for three skunk (females only) as male usually prefer to live alone. They create fat in their body before the winter season and can sleep for many weeks in winter season. In winter season female skunk lives in den together in a group of 20 skunk.

Where can one find Western spotted Skunk in Utah?

They can found at Zion National Park and Bryce Canyon Nation Park alongside other animals in Utah. They prefer to live in open areas, farmland and woodland areas. But their habitat may change based on the food, change in environment or another other change in area or region. Scoring themselves a place on the list of animals in Utah.

It is a medium-sized predatory western North American deer that gets its name from its large ears. Wildebeests also have sharp markings of pelage, large horns, and odour glands. Larger rands rarely exceed 95 pounds weighs less than one-third. The mule deer belongs to the Capreolinae, the New World subfamily of the deer family, Cervidae (order Artiodactyla).

Calm and curious, these beautiful deer quickly search for human habitations where it is impossible for predators to enter. They are attracted by the green grass, the parks, and the gardens and are even more easily connected with the city life. In the wild they are common in forests, although they prefer open and rugged terrain as some animas in Utah do.

They run with great jump, jump and sit on four legs at a time. Although this slows them down, it allows them to leave their predators behind by quickly climbing steep slopes or jumping abruptly over obstacles. Their large, sharp eyes and ears allow them to locate distant predators. However, they are endangered by predators, such as wolves and coyote.

Where can one find Mule Deer in Utah?

In Utah, mule deer migrate every year, from the summer residences to the highlands in winter to avoid the deep snow and for food. Nearly all of the low-lying bench areas and many low-lying areas in the valleys are common winter hotspots and mule deer halls.

Wildebeests can be seen all year round and work great in the twilight and early morning. In winter, they may work all day. The main cougars are deer, so cougars will be found wherever deer are.

The flying squirrels have long legs and are thin and have big eyes; a long, wooded tail may be cylindrical or flat. Its thick fur is soft and long and can be silky or woolly in captivity. Although these mice do not fly, diving up to 450 feet (4,500 feet) has been recorded by the giant flying squirrels.

Excessive loose skin and lower extremities often form hairy membranes between each forearm and hind limbs; some species have a thin layer between the head and wrists and between the hind limbs and tail. The cartilaginous rod from the wrist supports the anterior part of each membrane near the body. The flying squirrels have long legs and are thin and have big eyes; a long, wooded tail may be cylindrical or flat.

Its thick fur is soft and long and can be silky or woolly in captivity. There are many types of body sizes that exist within 15 generations. Some of the largest flying squirrels in India and Southeast Asia weigh 1 to 2.5 kg (2.2 to 5.5 pounds) and have a body length of about 30 to 60 cm and a tail 35 to 64 cm length. The smallest flying squirrels north of Borneo and the Malaysian Peninsula; their bodies are 7 to 9 cm long and their tails are 6 to 10 cm. When viewed from tall rain forest trees, the swaying of these small rodents is easily seen as the fluttering of large butterflies.

Where can one find Flying squirrels in Utah?

Flying squirrels are found to be living in coniferous forests, woodlands and deciduous. Flying squirrel makes their home in nest boxes, old nests of other birds and other squirrels, woodpecker’s holes and snags. Sometimes it is found that more than three or four flying squirrels live in one nest so to make the nest warm during winter season with other animals in Utah.

Flying squirrels have a very fast ability to escape off. Flying squirrel being a small rodents get easily hunted by tree snakes, owls, hawks and other climbing mammals. It is also found that when this flying squirrel lands on a tree’s trunk after flight, it quickly runs to the other side of the trunk for avoiding any predators that might have followed the way.

They are known as one of the fast running birds on ground. They are also known as Chaparral birds or cocks that have long tails with long crests too. They are found in various regions of Mexico, south west and central regions of USA specially the south region. They are mainly found in desert.

They can fight with their predators but they usually prefer to run from them as they have good running speed. On an average they have a speed of 32 km/hr or some of them have a speed of 43 km/hr on ground. They are around 56 – 61 cm in length from beak to tail. They are around 230 – 430 grams in weight on an average. They are large in size, with black & brown colour white streaks, having slender and have a very different kind of crest which also helps them in recognising.

They can be easily recognised by their crest and fast running speed on ground. Their bills are dark in colour and are oversized. They have long legs with strong feet. They have white colour tips in the outer side feather of tail and tail is broad in look. On the back of both the eyes they have patches of skin which are bare in look and feel. And these patches are of blue colour shades. Some of rod runners are small in length and they are not streaky, having small bill.

All species of road runner when runs they leave an “X” kind of mark in road which shows that they can run in all the directions so for hunter it’s not easy to catch them with their tracks prints as you never come to know that they ran in which direction. These species of cuckoo family have zygodactyl foot. Their fast speed can helps them in running from predators as they run at a speed of 32 km/hr.

They have small round shape feathers which shows a white colour circle when they took flight. They are omnivorous birds and mainly eat crickets, beetles, and reptiles like snakes, rodents, lizards, small mammals, spider, snails, small birds, their eggs and seeds, fruits. Some species of road runner like to eat only insects. They mainly lives on ground areas and they run after their food like a spy. They are very fast runner and due to their fast speed they can easily attacks on rattlesnakes. Road Runner is also known as one of the predator of tarantula hawk.

Where can one find Road Runner in Utah?

They are found in many regions of Utah and mainly found in desert areas. They are also known as one of the famous cartoon characters also on TV. In Utah region they are mostly found at south part of Utah, majorly in Washington, San Juan & Kane counties amongst other animals in Utah.

Summary on Animals in Utah 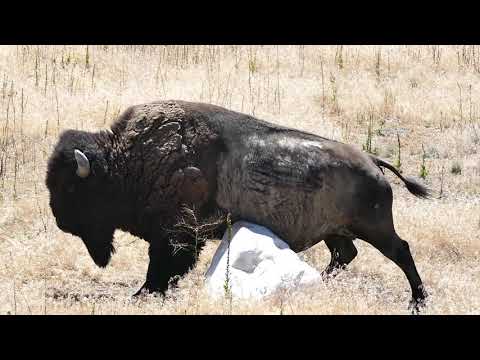 Wide varieties of animals are found in Utah which live in different habitats. Although much of the country is hilly and deserted, Utah still offers biodiversity and geographical diversity. Its borders include arid deserts, deep ravines, vast pine forests, vast swamps, and high mountains.