Diving with tiger sharks is one of the most exciting animal encounter we know of. Unlike tigers on land, tiger sharks generally do not see us as prey.

Imagine submerging into the blue, knowing that soon you will encounter one of the most efficient predators on this planet. A predator you are going to meet eye-to-eye with equal respect for eachother.

From here you can easily jump to see the list of the best places with recommendations on where to dive with tiger sharks. Alternatively, just pick your favorite chapter or read this article from beginning to end. Enjoy!

The tiger shark (Galeocerdo cuvier) is the fourth largest shark in the world after the whale shark, basking shark and great white shark. It can grow to a good five metres long and weigh more than 1,000 kilograms, with females usually being larger than males. Tiger sharks can probably live to be 50 years old and give birth to a maximum of 82 young at one time. However, after a gestation period of about 13-16 months, the females only have offspring every two to three years. Tiger sharks constantly have to swim, otherwise they sink.

The tiger shark is not always the hunter, but often also the hunted. Their fins, the skin and the oil of the liver are considered to be very high quality and achieve high sales prices. The demand and the price for shark fins are still high. In areas, in which tiger sharks are hunted purposefully, their stocks have already strongly decreased. In addition, there are losses from by-catches, sport fishing and population controls, which are designed to reduce shark density in waters used for bathing, surfing and diving. The success of such measures is controversial, as most shark attacks are provoked by tourists feeding the sharks. In addition, the freed niches are usually directly by migrating sharks occupied again. Pro Wildlife has therefore been campaigning for years against such population controls, for example in Australia. Due to the aforementioned threat from fishing, the tiger shark is classified as potentially endangered by IUCN.

Level of endangerment near threatened

Are Tiger Sharks Dangerous to Humans

No. Tiger Sharks are not destined to eat humans – in fact they actually dislike the taste of humans. Nevertheless, tiger sharks are curious animals and rarely do a so called test bite. However, as mentioned these incidents are uncommon.

The risk of being bitten by a tiger shark is low, as for all other shark accidents, although most shark accidents in the tropics are attributable to tiger sharks. In Hawaiian waters, a region with many tiger sharks, there have been less than four accidents per year on average in recent years, despite the presence of numerous surfers and swimmers in the shark areas.

Now, let us take a closer look at the two largest predatory sharks. We are comparing the tiger shark with the great white shark in a few major attributes regarding their appearances. Have a look at the table below.

If you want to learn more about great whites, take a look at this article of ours.

the tiger-shark occurs worldwide in tropical to restrained coast-regions. It prefers cloudy waters and regions into which rivers flow. However, it is also found near islands and island groups such as Hawaii, Tahiti, Réunion and the Galápagos Islands.

About the behavior of this shark is still very little known. It is twilight or night-active, swims in the evening and at night up to very flat regions and retreats during the day again into larger depths.

Their diet is the most varied of all shark species. They eat fish, rays, seals, seabirds, sea snakes, dugongs, crabs, lobsters, jellyfish, but also other sharks. The tiger shark is also the only shark species that hunts sea turtles. The extremely sharp, serrated teeth with laterally omitting tips allow the tiger shark bones and even turtle shells to bite through effortlessly. Any form of carrion is not spurned by the tiger shark. For example, it has already been observed how tiger sharks share a walkadaver with white sharks or saltwater crocodiles. Unfortunately, it can become the tiger shark also the doom not to be very choosy. Thus, in the bellies of tiger sharks have already found all kinds of waste that people throw into the sea: Plastic, metal, kitchen waste, car tires, number plates, balls, bottles, as well as parts of boats.

Ever thought about going to central africa? Have a look at The annual Wildebeest Migration or a trekking tour to the Mountain Gorillas in Central Africa on our blog.

Diving with tiger sharks is fascinating and generally safe. Their stripes and size attributes them a beauty. Their appearance puts divers on the verge between fear and awe – whichever side you may choose during your tiger shark encounter: We provide you with all information you need.

One of the premier spots for encounters with tiger sharks can be found at Tiger Beach, Bahamas. Known for its crystal clear waters and calm blue colours, Tiger Beach is a destination popular amongst travelers, photographers and shark lovers. Not only are you able to view tiger sharks, but also you have the chance to see other sharks including Lemon Sharks, Bull Sharks and more.

Thanks to the government of the Bahamas, in recent years, the area has been made into a marine sanctuary, which has enabled the introduction of a healthy ecosystem within the area. This means that the reefs nearby have a variety of marine life and corals making the area exquisite for divers.

Fuvahmulah is located on the equator between the two southern atolls of Addu and Huvadhoo and is the only island in the archipelago with two freshwater lakes and lush tropical vegetation, which consists of mango trees, coconut palms, papaya and various species of flowers.

Due to its unique location in the middle of the open ocean, the island is surrounded by thousands of pelagic marine animals that gather at the cleaning stations throughout the year. An absolute highlight for every diver! Only here in the Maldives you have a 100% guarantee on dozens of tiger sharks. In addition, there are thresher sharks, hammerheads, silvertip sharks, whale sharks, grey and white tip reef sharks, giant oceanic mantas and even mola moles.

This underwater paradise did not become accessible to the general public until early 2017 when Fuvahmulah Dive School opened, the first dive center on the island.

Best Diving Schools on the Maldives around Fuvahmulah

There is only on diving school that operates on Fuvahmulah which is Fuvahmulah Diving school. There is also a number of accommodation recommended which are all situated on this rather large island compared to maldivian standards.

One of the most beautiful hideaways on the planet, Fiji invites divers from all over the world the opportunity to come into close proximity with tiger sharks. Another area which has undergone vast ecosystem developments, within this reserve, you are able to witness reef sharks, nurse sharks as well as the mysterious tiger shark.

Given Fiji’s geographical position, the diving here is second to none. There are warm waters, beautiful clear open water as well as the option of seeing tiger sharks virtually all year round. Added to all of this, whilst diving, you will be amongst soft and hard corals and other beautiful marine life.

With all the freedom that you could want, divers come safely interact with the sharks that they see. Becoming a more popular location, the Protea Banks is also known due to the Sardine Run which occurs each year. This rich marine ecosystem enables all to enjoy their own experience with underwater animals – like the tiger shark.

A potentially surprising entry to the list, but because of the large number of shipwrecks found off the North Carolina coast, this means that there are a large number of hidden spots to dive with tiger sharks in this destination. It is easily accessible, and a fun opportunity to dive with all sorts of marine life within various shipwrecks. These include the sand tiger sharks, as well as stingrays and barracuda.

Because the sharks prefer more secure, secluded areas of the ocean, many of the shipwrecks become homes for them. The wrecks that are the most popular with sand tiger sharks include the Atlas and the Spar. Knowing this beforehand, means that divers can venture out into such shipwrecks to get up close with these tiger sharks.

Tiger Sharks are pretty common in warm tropical waters, which is why it is no surprise that you are able to sight as well as swim with tiger sharks off the coast of Hawaii. Specifically, in the Oahu North Shore area, you are able to deep dive to the depths of the blue Pacific Ocean where you may encounter such interesting beasts.

Alongside the opportunity to swim with tiger sharks, Hawaii is known for its beautiful clear ocean waters as well as a very rich living reef ecosystem, sometimes referred to as the ‘rainforest’ of the sea. This is because Hawaii holds more than 7,000 species of marine plants and animal life. Also, Hawaii’s coral reef ecosystem is particularly rich with about 1,250 unique species which can only be found on Hawaii’s reefs. Thus, traveling to Hawaii and swimming with tiger sharks enables you to not only enjoy the animal, but also be amongst other unique species.

The Socorro Islands are four volcanic islands located about 250 miles off the coast of Baja California in the Pacific Ocean. Very popular with divers, you can not only find tiger sharks, but also other forms of marine life like giant manta rays as well as blue whales. All in all, it is a great destination for those seeking that personalised shark diving experience.

In particular, one of the best places in the Socorro Islands to see tiger sharks is the Punta Tosca. Here, there is an increased number of tiger sharks in recent years, so is your best shot to dive with them! Not only are you able to try and spot the tiger sharks, but these islands are completely isolated, meaning that it feels like an even more special experience. Many conservation organisations are working in this region in order to preserve marine ecology.

We recommend having a look at LiveAboards as only these go out to the Socorro Islands. One of the most comprehensive comparisons can be found here.

Are you a fan of the african continent? Have a look on the top 10 African Safari Parks in Africa were we collected everything about the most famous parks in africa. 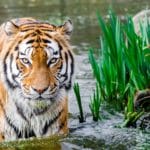 Tiger Safari or Tour: All you need to know 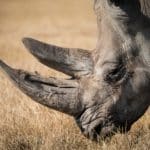 See Rhinos in the Wild: A Complete Guide 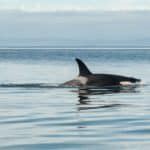 Best Places to Swim or Dive with Orcas 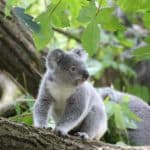 Where can you see Koalas 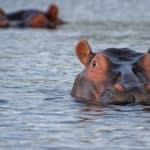 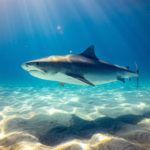 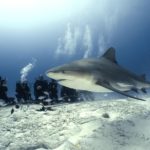 The Best Places to Dive With Bull Sharks 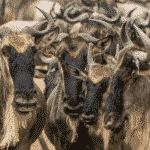 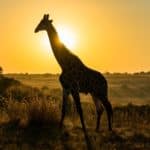 Where to See Giraffes