Welcome to the Top 4 Animals Invading The United States. Did you know that the number of invasive animals in the US is extremely high? And we can not ignore the harm they are causing the country in several ways.

Invasive species are increasing rapidly in different regions of the world, causing economic and ecological harm to that particular region.

These invasive animals are species that are not native to the area, thus causing significant damage to their new environment by adapting that area for survival.

According to a recent report, more than 6,500 invasive species in the US pose threats to different organisms’ lives. The top 4 animals invading the United States are described in depth in this article. 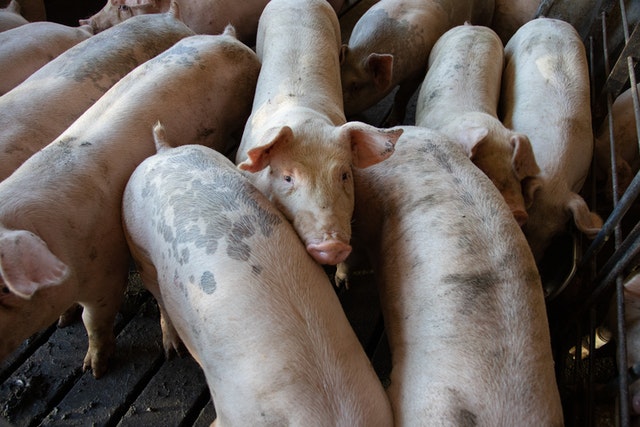 Russian Boars Are Native To:

Commonly Feral Swine are native to Asia and Europe.

European Boars Are Non-Native To:

These feral boars are non-native to America, mainly North America. Therefore, the eradication rate caused by this species is maximum in the United States.

How Feral Swine Came To the United States

In early 1500, settlers and explorers brought them to the US as a food source. After a few centuries, in the 1900s, Previous people brought them to different parts of the country for sport hunting. Now they are present in more than 35 to 47 states in the USA.

There are specific reasons why they are considered harmful animal species for the country. These reasons are;

Feral Swine Population In the US:

As this destructive animal, the wild swine is found in more than 35 states in the US; their population is increasing rapidly.

According to a recent report, more than 6 million feral swine in the United States are increasing the rate of destruction and becoming a threat to various endangered plant species and humans.

3 Methods To Reduce The Destruction Caused By The Feral Swine:

Although there is no doubt that feral swine are like destructive monsters to the United States, there are specific ways by which you can reduce the destruction of feral swine by following methods.

Due to their increasing population, the risk of destruction and loss is continuously increasing in the US. They have adapted to various ecosystems such as wetlands, forests, near agricultural fields, and brushlands.

Their razor-sharp teeth help them to destroy the crops. Moreover, the feral swine increasing population in about 47 states is alarming. Taking necessary precautions to control the harm caused by them through initiating different methods is primarily essential.

Another most invasive animals in the United States are house cats. It could be strange for many of you, but this is a fact.

Many people have cats as their pets in their homes. But these cats are playing an essential role in invading the country. Thus categorized as one of the most invasive species in the US.

How Cats Came To The United States:

According to Paul Koudounaris, when early colonists came to the United States, they brought many cats on the ships. The reason for bringing them was to protect the food on the boat from rodents. Cats were also the first animals employed by the United States army.

Furthermore, US history explains that cats soon became pets instead of working animals. And now, they reside in millions of homes in the United States.

Cats can adopt different habitats such as forests, swamps, savannah, and farmlands, and cats are either wild or domesticated cats. Domesticated cats adopted living in friendly association with humans in their homes. The stray cats mostly roam in the streets.

Reasons For Considering Cats As Invasive Animal In The United States:

The cat in plain sight around us is among the four animals invading the United States. Although there is not enough proof to show that cats are invasive, most research shows that cats are harmful to the economy and ecology.

Domestic Cats Population In the US:

Out of three homes, one house in the US has cats as pets. It indicates the high population ratio of cats throughout the US.

Ways To Reduce The Destruction Caused By The Cats:

The cats are loved by many US citizens and owned as pets. But one can not ignore their invasive nature. .

South America is known as the first home of swamp rats.

Although nutria can live in different habitats, their most favored domain is regions close to water bodies such as freshwater marshes.

Nutria In The United States:

They took hold of various regions when they were released either intentionally or unintentionally in the Louisiana marshes in the 1940s when the nutria fur market collapsed and became invasive to the environment.

They are spreading rapidly due to their increasing population.

Harms Caused By Nutria In the US:

As we know that invasive species cause harm in one way or another. Nutria are also invasive animals, so, therefore, they cause various damages. Some of the destruction caused by south American beavers are;

Nutria Population In The United States:

Nutria is commonly found in 21 different states of the US, including California. Their population is increasing rapidly due to the lack of nutria population control mechanisms.

Nutria is destroying the ecosystem as well as causing economic loss annually. The Nutria overpopulation is of significant concern.

However, professionals must implement some adaptations to prevent the damage caused by the Argentine beaver to reduce further damage.

Some methods to prevent the harm caused by nutria are ;

Other ways include shooting, trapping, and using toxicants.

Nutria appears as rats and are spreading various diseases and now appear in multiple cities of the United State. Many marketers still use them to get their fur.

European Green Crab has native Distribution in the Baltic Sea and the northeast Atlantic Ocean, ranging along coasts from northern Africa to Iceland and Norway.

As European shore crabs are marine organisms, they primarily reside in estuarine and rocky intertidal areas.

European Green Crab In the US:

The European shore crabs were primarily introduced in the United States in the 18th century, likely spread through long larval stages in the ships hitching a journey in the ballast water of merchant boats from Europe.

European Green Crab Population In the US:

Not many studies show the exact population of European green crabs in the United States. But their presence is harmful to the country.

There is no doubt that the European shore crab is affecting the lives of many living organisms and is a threat to many.

Although they are called European Green Crab, they could also be brown, yellow, or red. European green crabs are invading the United States and severely threaten different lives. These aggressive marine organisms are damaging the ecosystem.

Invasive species cause damage to the environment and take full benefit from the surroundings.

Most invasive organisms are not native and are brought from other regions. They adapt to the environment and show adverse effects on humans, plants, animals, and other living organisms.

These four animals are invading the United States. However, there are still many more species that are also invasive to the United States and playing a huge role in destroying the country’s ecology and causing economic loss.

For more blogs featuring special wildlife, have a look at the current extinct animals,  top 10 cutest animals of 2022 and the most endangered animals.