Curious to learn about the Animals in New Hampshire?

The state New Hampshire is very well known for beautiful scenery and mountain areas, a total of 85% of the area has forests. The hills, lakes, coastlines and forests are habitat for number of wildlife Animals in New Hampshire.

More than 500 native animals’ species are found in New Hampshire which include the shorebirds, marine mammals and northeastern woodland animals. Forests and mountain areas have bobcats, coyotes, red foxes, gray foxes and wolves. The predators that are active during night are rabbits, mice, white tailed deer.

Some of the interesting animals in New Hampshire are: 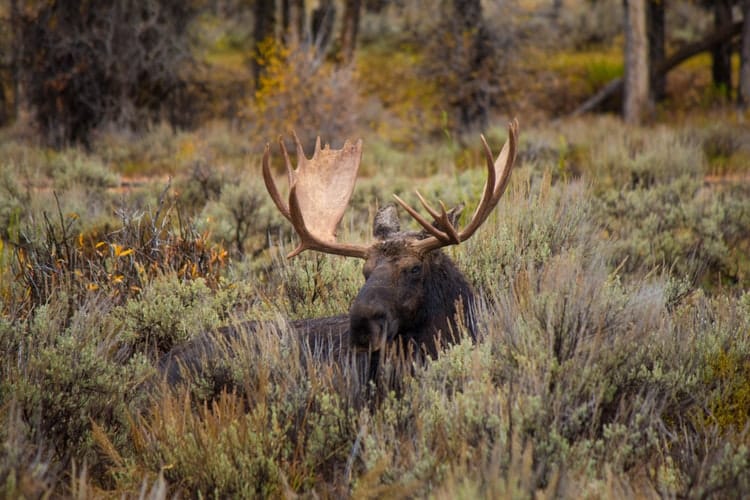 Moose belong to the deer family and are the largest deer species in the world. They reach a size of 2.3 m (shoulder height). Moose live in colder regions of northern Europe, northern Asia, and North America. They are solitary animals, active both during the day and at night. The males wear conspicuous antlers that can have a span of up to 2 meters.

When animals are this big, it’s easy to believe that they hardly have any enemies. After all, they can also kick quite hard with their hooves. That’s why a wolf pack or a bear hardly stands a chance against a full-grown bull moose. Of course, this looks quite different with a young, old or sick animal, because they can’t defend themselves so well.

Where can one find Moose in New Hampshire?

Forests and close to mountains and lakes.

Mountain Lions themselves have hardly any enemies to fear except humans. Only wolves and bears can occasionally prey on young or sick Mountain Lions.

Although a protected species, the cougar is nevertheless hunted by some farmers who fear for their livestock. The species as a whole is considered “slightly endangered,” according to the IUCN. The total population is estimated at less than 50,000 adults.

Where can one find Mountain Lion in New Hampshire?

Mostly in deep forests. However there is an ongoing debate for the existence of Mountain Lions in New Hampshire.

Another one from the list Animals in New Hampshire: The Yellow-footed Plover is a sand-colored shorebird. The adult bird has yellow-orange feet, a black stripe on the front of the head between the eyes, and a black ring around the neck.

As with most plovers, feeding occurs in a rhythm consisting of running quickly, stopping abruptly, and pecking. When it stands still, it is difficult to recognize it, since its plumage is hardly different in color from its habitat.

Where can one find Piping plover in New Hampshire?

One can find piping plover in New Hampshire in variety of habitats like small islands, shoals, sandbars, sand spits and tidal flats.

The allis shad is an anadromous migratory fish that rises from the sea into the large rivers during the spawning season. In the sea it occurs up to a depth of 300 meters. Spawning grounds in the Rhine and its tributaries probably existed in the past from the High Rhine to the Delta.

Allis shad require stony-gravelly spawning substrates in shallow places with stronger currents of about 1.0-1.5 m/sec. Juveniles up to age 2 reside in or near river mouths. Little is known about the habitats in which juvenile allis shad grow up to sexual maturity.

Where can one find Alewife in New Hampshire?

It can be easily found in rivers and streams of New Hampshire.

The Roseate Tern resembles the Common Tern in both size and shape. Also the resting, breeding as well as the plumage of the young birds resembles this related species. In the Roseate Tern, however, the bill is somewhat slimmer, it is black in color and red only at the root of the bill.

The outermost tail feathers are strikingly long and extend far beyond the wing tips when sitting. In breeding plumage, Roseate Terns often show a pinkish to reddish cast on the underside of the body. A beautiful part of Animals in New Hampshire.

Where can one find Roseate tern in New Hampshire?

The breeding range of the prairie runner extends from northwestern Alaska, the Yukon and British Columbia south to Oregon and from there across the Great Plains and Great Lakes to western Virginia and Maryland.

Wintering grounds are found in South America and extend from southern Brazil to southern Argentina and Chile. Migration from breeding areas begins in August/September. The first wintering birds arrive in the South American pampas as early as late September. Stragglers are observed in North America until November. Migration home begins in early March. As a rule, prairie runners reach their breeding grounds again in April or, in the north of the range, in May.

Where can one find Upland sandpiper in New Hampshire?

They are found living in grasslands, pastures, agricultural fields and also road edges.

The American krestel is a small, non-endangered falcon that is quite often kept in private hands because of its comparatively low spatial requirements and is found in European zoos with moderate frequency as a representative of the Falconidae.

Where can one find American Kestrel in New Hampshire?

Summary on Animals in New Hampshire

Wild mammals are found easily in large number in New Hampshire, commonly found ones include hares, northern and southern bog lemmings, smoky shrews and American martens. Skunks, opossums and raccoons are some common wild creatures that can also be seen in New Hampshire.

Different varieties of bats are also found in New Hampshire.

Did you enjoy reading about animals in New Hampshire? Take a look at our North American feature wildlife blogs.