While every person coming to Africa on safari has their sights set on the Big 5 – African Elephant, Cape Buffalo, Lion, Black Rhino, and Leopard – Africa has much more than just those majestic five animals to see.

In fact, there are almost 150 species of mammal, just under 120 species of reptile and over 500 species of bird just in the iconic Greater Kruger National Park.

You can also have a look at the Top 10 Safari Parks in Africa or All about Africa.

Our newest article combines the best safaris where you can view the Big 5 in their wild, natural habitat (as well as all the other amazing animals that share the area with them).

You can read the entire article or jump to any section:

History of The Big 5

Facts about The Big 5 Animals

Planning a Safari trip during and after Corona

Best Safaris to see The Big 5

History of The Big 5

The term ‘Big 5’ was originally coined in the 19th Century by big game hunters who listed African elephant, Cape buffalo, African lion, leopard and rhinoceros as the five most dangerous creatures to hunt on foot in Africa.

Fortunately, today the expression takes a much gentler approach – referring to seeing the majestic wildlife species on safari in Africa. These imposing giants are frequently sought-after for sightings, encounters, and photo opportunities.

The Big 5 are now protected in national parks and private game reserves, and today’s tourists contribute directly to the conservation of these magnificent animals across encroachments like poaching, wildlife trafficking, and habitat destruction.

Before we take a deep dive into The Big 5 and the best places to see them, you might find it interesting to know more about various alternative lists of 5’s!

These include the ‘Small 5’, whose names mimic the Big 5 of Africa, but totally contrast in size, the ‘Shy 5’, who are hard to spot due to their introverted nature; and the ‘Ugly 5’ with faces only a mother could love.

If you like cats have a look at our Big Cat Article.

The Small 5 of Africa

The term Little 5 or Small 5 was brought to life after the marketing success of the Big 5 for tourist safaris in Southern Africa. This prompted a call by nature conservationists for visitors to acknowledge the smaller, less noticed (but still enigmatic) animals of the savanna.

The small 5 species are a contrast in terms of sheer relative size to the animals which share a part of their English name with the more well-known Big 5.

The Small 5 animals are:

The Ugly Five of Africa

So, the following list of animals are surely not the supermodels of the African wild, but these wildlife species make up for it by being interesting.

The Ugly 5 animals are:

You’re a very lucky human if you get to see any of these African animals as they are notoriously bashful and will do their best not to meet you! Good luck finding these shy animals on your safaris.

The Shy 5 animals are:

Facts about The Big 5 Animals

The Big 5 are Africa’s undisputed super stars and the reason tourists set out eagerly on dawn and dusk game-viewing excursions. Seeing any of the Big 5 living wild and free in their natural habitat remains an unforgettable thrill at the top of most travelers’ safari tick list.

Given the formidable five’s status and significance, here are some interesting facts about The Big 5 that we think you will find interesting:

Peak safari season runs from about July to October across Africa. This coincides with the continent’s cool, dry winter. There are several reasons why it’s easier to find them at these times:

Go2Africa has compiled this extremely helpful infographic for you to consider the trade-offs of booking a Big 5 Safari in peak or low season.

Planning a Safari trip during Corona

Animals Around the Globe recently covered the Best Places For Animal Encounters in Europe after Corona, but what about Africa – the place to be when looking for the Big 5?

The Tourism Business Council of South Africa, an umbrella body of regional tourism associations, is suggesting that South Africa could safely open up for inbound travel from September 2020 onward.

This novel coronavirus has had a devastating impact on the world and the travel industry. But we live in hope. Life and travel is never without risk, and the threat of COVID-19 is a new but manageable risk factor that we need to mitigate as best we can, but also learn to live with.

May COVID-19 never stop us from dreaming, from travelling, from experiencing and appreciating the beauty of nature. We look forward to seeing borders open up again, travel restrictions lifted, and life return to normal as soon as the pandemic is brought under control.

Through a process of extensive consultation with industry experts and stakeholders, the tourism industry in South Africa has pulled together to compile a comprehensive set of operational safety protocols which would allow the travel industry to reopen sooner and operate safely within the risk-adjusted approach adopted by the South African government in response to the COVID-19 pandemic.

The extensive protocols cover all aspects of the travel experience, including flights and transfers, accommodation and dining, road transport and game drives, car hire, guided tours and activities.

These comprehensive guidelines make it possible to mitigate the risk of infection at all levels of inbound travel, paving the way for South Africa to begin reopening its borders to selected markets from September onward, in a phased approach. The protocols have been crafted to mitigate the risk of infection while being pragmatic and easy enough to implement, so that the tourist experience is not negatively affected.

Why book a safari now?

Tourism is the single biggest contributor to conservation in Africa and is one of the few holiday types where you can genuinely make a difference by merely coming on holiday.

The Coronavirus pandemic will undoubtedly be tragic for many people and industries around the world. In Africa, distressingly poor local communities surrounding Africa’s wildernesses and the wildlife in those areas are heavily dependent on tourism for survival and without it the impact could be disastrous.

There are those who will have concerns and that is understandable, but don’t spoil the trip of a lifetime without good reason if you have other options! Rather postpone a trip instead of cancelling it.

Best Safaris to see The Big 5

While the continent has a plethora of non-safari related activities, let’s not beat around the African bush – it’s the animals you’re coming to see!

Members of the Big 5 are found in different concentrations across Africa. If you want the best chance of seeing them all on a single safari – sometimes, if you’re really lucky on a single game drive or in a single day – then head to the following places:

Long a stronghold of the Big 5, South Africa offers perhaps Africa’s most reliable Big 5 sightings. The most notable reserves for spotting the Big 5 would be The Kruger National Park as well as the reserves that lie on the border of the Kruger.

Kruger National Park is South Africa’s flagship game park and one of the most famous nature reserves in the world. Not only is the Kruger Park home to over 147 species of mammals, including over 2000 lions, it also hosts an elephant population of over 13000, an estimated 37000 buffalo, 1000 leopard, 2000 white rhino and 300 black rhino.

If this isn’t the perfect place to see the Big 5, then I don’t know what is!

The Sabi Sands Private Game Reserve shares an unfenced border with the Kruger and is also an exceptional reserve. Leopards are relatively common to spot and you should be lucky enough to view all of the Big 5 within a few days.

Kenya is home to probably the most famous game reserve in Africa, the Masai Mara. The reserve offers some of the best game-viewing on the continent and you’ll encounter elephant, buffalo, hippo, crocodile and giraffe on almost every game drive.

This wildlife-rich area is also in no short supply of big cats – boasting leopard, cheetah and more lions than you’ll know how to handle! With all these oversized felines, it’s no surprise that BBC chose to film its Big Cat Diary series here.

Really, the Big Five are just a drop in the wildlife ocean of what you can expect to spot in the Mara. The seasonal Great Wildebeest Migration sweeps through each year, bringing more than two million wildebeest, topi, gazelle and zebra to the plains.

Tanzania boasts not just one, but two amazing natural and wild areas where you can sight the Big 5: The Serengeti and The Ngorongoro Crater.

Serengeti is the reserve you have always dreamed of – an untouched landscape of swaying grasslands sprinkled with acacia trees. Where great herds and remarkable predator sightings are commonplace. The migration takes place from November to July. This will be the best time to spot a lion in the hunt. And the lack of trees means that leopards are easier to see than you might think.

The Ngorongoro Conservation Area (NCA) in Tanzania includes the Ngorongoro Crater which covers around 8,300 square kilometres. It is the only place on earth where mankind and wild animals coexist in harmony. This uniqueness earned it a UNESCO World Heritage Site designation in 1979.

Ngorongoro Crater is packed with about 30 000 animals that can’t descend the steep walls and thrive in the varied ecosystem contained in the crater. Within its confines you are likely to see lions, elephants, buffaloes, and flamingos; and there’s a chance of seeing black rhinos. Local Maasai tribes have grazing rights and you may come across them tending their cattle in the midst of wildlife.

Zimbabwe is often overlooked as a safari destination, but it is unrivalled in its combination of authentic accommodation, friendly guides and uncrowded national parks.

Hwange National Park is the country’s biggest reserve. The reserve is home to about 30 000 elephants, as well as other less-seen animals (like bat-eared foxes, wild dog and endangered black rhino). It is also renowned for superb Big 5 encounters.

A maze of lagoons lie in the heart of the Kalahari Desert – the Okavango Delta in Botswana. This wildlife paradise defies belief is unique from most others in the number of ways it can be explored. From intrepid walking safaris to traditional game drives and even from the water in a traditional mokoro or dugout canoe.

However you choose to travel in the Delta, you’re guaranteed to spot some spectacular wildlife. You might struggle to tick rhino from your Big Five list, because of their low numbers, but don’t worry! The country boasts Africa’s largest elephant herds, massive numbers of buffalo and lion and healthy populations of leopard.

The Big 5 can all be seen in the Moremi Game Reserve. Spotting these impressive animals in their own habitat is something you will never forget.

The Big 5 is a group of African animals: elephant, buffalo, leopard, rhino and lion. These wild animals are protected in national parks and private game reserves. Tourists contribute directly to the conservation of these animals from poaching, wildlife trafficking and habitat destruction.

Tourism is the single biggest contributor to conservation in Africa and is one of the few holiday types where you can genuinely make a difference. In light of the threat posed by Covid-19, choose to postpone rather than cancel your Safari travel plans. South Africa could safely open up for inbound travel from September 2020 onward.

If you like great river safaris, have a look at our article on the Tour Zambia. 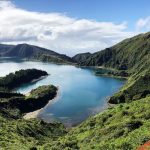 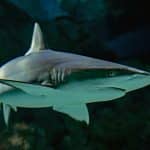