Welcome to the top 10 most poisonous animals in the world!

Don’t expect a long list of snakes and spiders. The difference between poisonous and venomous must first be clarified before getting into the animals that make up the top 10 most poisonous animals in the world.

Poison is a toxin that gets into the body by inhaling, ingesting or absorption through the skin. While venom is a toxin injected into a body by bites, stingers or fangs. Tough to say which we are more likely to come across when out in the wild. To find out which animals contribute to being the most poisonous, continue reading below! 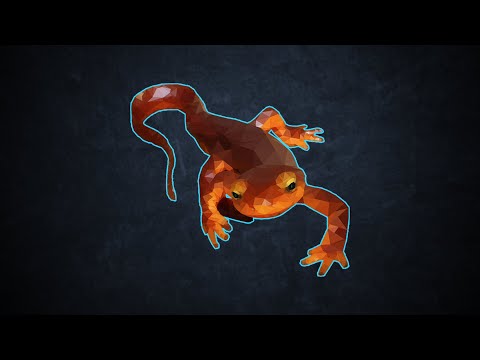 This list is by no means exhaustive, but getting into the list of the top 10 most poisonous animals in the world is a surprising start so here we go:

You might recognise this fish as Mr. Sikes from Shark Tale. But what the animation film didn’t teach us was that these fish are highly poisonous.

Also known as blowfish, these fish are a delicacy in Japan. However, the liver, kidneys and spikes of pufferfish are incredibly poisonous. The toxin produced by these fish is tetrodotoxin, which is 1,200 times more deadly than cyanide. One pufferfish is enough kill 30 human adults.

Without a known antidote, they make number one on the top 10 most poisonous animals in the world. These fish when threatened are able to puff up to two or three times their own size by ingesting huge amounts of air and water.

Number two on the top 10 most poisonous animals in the world list, this fish eats algae which means it occasionally ingests dinoflagellates. Dinoflagellates when concentrated produce a toxin known to cause neurological damage to humans and can be fatal.

This North American semi-aquatic amphibian reaches a mere 8-inches (22 centimetres), but, don’t pick this guy up for a closer look.

Newts produce tetrodotoxin that is stored in their skins and when ingested is particularly poisonous. The number three on the top 10 most poisonous animals in the world uses this toxin to defend itself from predators.

But ,before resorting to releasing the toxin it gives off a warning scent to deter its predators. Cases of poisoning have been reported from handling of the newt with human hands.

Comb stars, are the most widespread type of sea star in the Indo-Pacific region. Like pufferfish and rough-skinned newts, comb stars poison using tetrodotoxin.

The echinoderm stores the toxin in its spikes or spines. Comb stars are well camouflaged as they bury themselves under a thin layer of silty sea sand. Comb stars are referred to as sea stars as opposed to starfish as they are not fish at all.

Sea stars have no brain or blood, but do have nervous systems to regulate nutrient flows. Sea stars can also regenerate lost limbs, although it takes a long time.

The Spanish fly is not a fly, but rather a beetle found across Europe and Asia. These emerald green beetles are part of the blister beetle family, because the toxin they produce called cantharidin is a blistering causing agent.

Cantharidin is known to humans since antiquity. The toxin was sourced by apothecaries from Spanish fly dung by royalty and desolate lovers as an aphrodisiac.

But when used in the wrong dosage or prepared incorrectly could lead to the formation of nasty boils. These beetles grow only to a maximum of 0.79 inches (20mm) long.

The only animal on the list of top 10 most poisonous animals in the world to boast the word ‘poison’ in its name, the poison dart frog is a group of brightly coloured and wildly patterned frogs.

These aposematic Central and South American amphibians are also known to produce 28 different alkaloid poisons which they accumulate through their diets of ants, termites and centipedes. These frogs grow roughly the size of a human thumb. Poison dart frogs are not safe to handle as they store their poison in their skin.

The origin of their name is due to a practice wherein blow dart tips were dipped into the toxic secretions of these frogs and used for hunting. However, due to increased deforestation these frogs are becoming increasingly endangered.

The cane toad, also known as a marine toad is found ironically on terrestrial land in South and Central America. Number seven on the top 10 most poisonous animals in the world list stores a type of poison in its glands called bufotoxins, making it particularly poisonous when ingested.

The toxins cane toads produce is named after their genus bufo. The need for toxic skin is thought to be derived from an a-symbiotic relationship between the Asian tiger snake and the cane toads. Reason being is the toad’s evolutionary development to not be eaten by said snake.

Unlike the cane toad who produces poison, the hawksbill sea turtle is poisonous because of what it eats: jelly fish and sponges. This critically endangered turtle‘s flesh and fat absorb the toxins from the sponges and jelly fish it eats, making them poisonous when ingested but leaving the turtle unharmed.

Despite being critically endangered, hawksbill sea turtles are still hunted for their shells even though their flesh is poisonous. These turtles are so named due to the resemblance of their heads to the beaks of birds.

The penultimate top 10 most poisonous animals in the world is a the hooded Pitohui of the Pitohui genus found in New Guinea. The bird stores a toxin known as batrachotoxin in its feathers and and skin.

The toxin is derived from the diet of the bird. Batrachotoxin is the one of the most toxic compounds by weight. Known to cause numbness and burning when the bird is handled by human hands. Toxicity in birds is quite unusual, making the hooded Pitohui an exceptionally unusual poisonous animal.

Commonly known as a tiger keelback. This Asian and southeast Asian tiger snake sequesters its toxin from number seven on this list of the top 10 most poisonous animals in the world: the cane toad.

The snake’s diet consists of cane toads. Hence these snakes have glands along their necks filled with the bufotoxin from the toad to use against its predators. Making this snake the only snake to be both poisonous and venomous.

Due to its known behavioural change based on environmental temperature. Meaning, this snake can choose when to be venomous and poisonous. That is why this snake seals off the top 10 most poisonous animals in the world.

Tetrodotoxin and bufotoxin are the two most commonly referred to toxins in this article. The former interferes with the transmission of signals from nerves to muscles by blocking the salt channels in the humans body. Bufotoxin may affect the heart, blood pressure and breathing and can cause paralysis, salivation, twitching and vomiting in humans. Extended exposure may lead to death.

Rule number one of being in the wild is never touch anything, or pick anything. If you stick to this rule you will most likely avoid contact with most of the animals on this list. Admire them from afar, and count yourself lucky to see them in their natural habitats.

Furthermore, do not be participant to the trade and sale of these precious creatures as trinkets and mere items. Be activists and voices for them and their habitats. It is only with our care and conservation that this beautiful planet and all its inhabitants can live peacefully and fairly.

If by accident you do come into contact with one of these animals on this list, get to an emergency centre or hospital for treatment immediately.

Summary of the top 10 most poisonous animals in the world

Whether this list surprised you or scared you, be sure to identify and recognise some of the animals on this list when you’re out in the wild.

The most important takeaway is that these animals have developed a tolerance to the poisons they exude and eat. The after effect of that is that when humans ingest any of these animals, we are poisoned. Rather best to leave animals in peace.

The golden rule when out in nature is to never touch anything, especially in the sea as these are sensitive biomes. Respect that and you’re unlikely to be poisoned by one of the above!