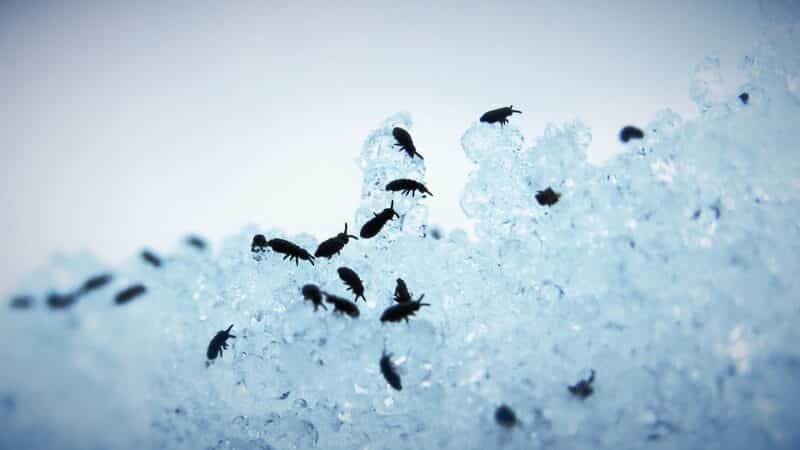 A flea, interestingly, can launch itself forward and jump about eight inches. Fleas are hypothesized to push themselves into the air using an elastic pad formed of a protein called resilin that acts like a spring. Some interesting facts about one of the top 10 highest jumping animal; the flea has a flexible lifespan. This life cycle, while attractive, makes fleas extremely difficult to eradicate. Treating your pet for fleas isn’t enough during a flea infestation.
Fleas may go for extended periods of time without eating and a female flea has the ability to lay up to 50 eggs every day. Fleas can jump up to 200 times their body length; 25 centimeters or 10 inches to be exact.

Spiders that jump can live up to their name. These spiders don’t hunt by entangling their victim in a web; instead, they stalk and pounce at their target. Jumping spiders, despite their small size, may leap up to 6.3 inches (160 mm). Before leaping, spiders often spin a little amount of silk and set a thread-like “anchor,” which may help steady their flight and protect them if their landing is wrong. They can jump up to 10-50 times their body length.

Froghoppers, a type of bug, can leap 100 times their body length. These creatures have bow-like features that function as catapults. An adult froghopper can jump up to 28 inches and has a body length of less than half an inch. Adults can jump many times their height and length, earning the species its common name, but they are better known for their plant-sucking nymphs that cocoon themselves in foam in the spring.

The Kangaroo rat is neither a rat nor a mouse, despite its name and mouse-like appearance. The Kangaroo rat belongs to the heteromyidae family, and the pocket gopher is its closest relative. Kangaroo rats have long tails and four toes on their rear feet. Kangaroo rats have evolved to walk on two legs, having massive, powerful hind legs and large feet. They can leap up to 9 feet (2.75 meters) in a single bound, which is useful for evading predators like Owls, snakes, bobcats, foxes, badgers, coyotes, ringtail, and your cat or dog to name a few.

Grasshoppers use their jumping abilities to propel themselves into the air, but the majority of them are strong fliers who use their wings to avoid predators. A grasshopper can leap 30 inches in the air. Did you know that this animal on the top 10 highest jumping animals list are of the oldest living group of chewing herbivorous insects, going back to the early Triassic period roughly 250 million years ago.

The klipspringer is a type of African antelope with the name “rock jumping” in Dutch. Klipspringers have a 25-foot vertical jump. Klipspringers have hoofs that are uniquely adapted to their rocky habitat. Like ballerinas on tip toe, they stand, walk, leap, and land on their tiny hoof tips. Their hooves are like firm rubber and absorb the impact of their tremendous leaps. Klipspringers live throughout eastern African mountain ranges from the Red Sea Hills to the Cape, and north to Angola, along coastal ranges and river gorges. Their distribution is centered in Ethiopia’s highlands.

The bharal, also known as the blue sheep, is a caprine ( relative to the goat) native to the high Himalayas and occurs in India, Bhutan, China, Myanmar, Nepal, and Pakistan.

A red kangaroo can run at speeds of up to 35 mph. Their bounding pace allows them to jump 6 feet high and cover 25 feet in a single leap. Male and female red kangaroos are smaller, lighter, and quicker. It is the only big mammal whose primary mode of locomotion is hopping. A male kangaroo can leap up to 30 feet in length and up to 10 feet in height. It has a top speed of 40 miles per hour (60kmh).

Hares live in open land above ground, hiding in long grass to avoid predators, but once disturbed, they rely on outrunning their foes. They can reach speeds of 45 miles per hour, making them the fastest land animal in the United Kingdom. Hares can also escape by jumping sideways and backwards over hedges.

Tree frogs leap from branch to branch or leaf to leaf using adhesive disks on the ends of their fingers and toes. Although tree frogs can grow to be rather large, most arboreal species are quite small due to their need on leaves and delicate branches to support their weight. The white-lipped tree frog (Litoria infrafrenata) of Australia and Oceania is the world’s largest tree frog, measuring 4 to 5.5 inches (10 to 14 centimeters) in length. The non-native Cuban tree frog is the largest tree frog in the United States, measuring 1.5 to 5 inches (3.8 to 12.7 cm) in length. The tiniest tree frogs on the planet are less than an inch (2.5 cm) long!

Did you enjoy our list of the top 10 jumping animals in the world? Did any of these animals surprise you? let us know which ones and have a look at our special wildlife feature blogs about the dumbest and friendiest animals.