Welcome to Animals in South Carolina.

South Carolina is a small state which has three geographical regions that is humid summers, mild winters and hot. It has wide variety of all kinds of wildlife like mink, long-tailed weasels, reptiles, birds, amphibians, rodents etc. 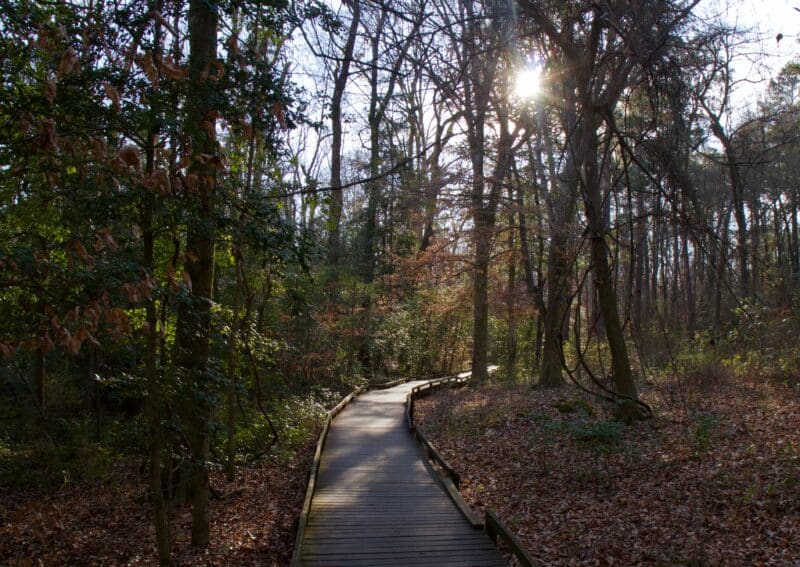 This state is home large number of strange animals, predators and some of the country’s unique animals, herbivores and also those which are seen and heard on regular basis. South Carolina’s vegetation differs according to province. In the woodlands of Blue Ridge their live many northern species.

Loblolly pine is the most common tree that is found in this province. White-tailed deer is popularly found in South Carolina. It is found that South Carolina has around 300 species of birds.

Click below to jump to a section on animals in South Carolina:

This special turtle is found throughout the world. It belongs to species of oceanic turtle. It is known as marine reptile and belongs to family Cheloniidae. Loggerhead turtles have a length of about 90 cm when fully grown. Adult loggerhead turtles can weigh up to 135kg. A specimen was found to be weighing up to 450 kg.

When they eat invertebrate their shells pass through the turtles digestive system whole. The shells are returned to the sea floor which further turns out to be a good calcium source for other animals. They also feed on shrimp, sponges, fish, jellyfish and sargassum and seaweed. Predators and many other animals rely on loggerhead turtles for food. Loggerhead turtles live in subtropical and temperate regions. Loggerhead female turtles return to the place where they started hatching for laying their eggs due to this, they may travel long distances.

Loggerhead turtles use earth’s magnetic field to travel through in sea. Magnetic marks are formed which loggerhead turtles remember and further use them for navigation.  In the summer season they start breeding. Female loggerhead sea turtle lay up to 130 eggs in a breeding season from different mating partners.

Where can one find Loggerhead Turtles in South Carolina?

The loggerhead turtle can be found in sea shores. The best time to spot is around sea shores in April through November while on beaches from May through October. Loggerhead turtles are most common and is found in coastal waters of South Carolina.

It has very thick coat of fur present on its body which provides good protection to it. North American river otter belongs to weasel family. It can both on land and water. It makes burrow close to lake swamp, tidal flat, coastal shores etc. They make multiple openings in these burrows so easily enter and exit the water body. The female North American river otter gives birth to young river otter in these burrows made nearby water.

Like other predators the North American river otter prey on the most easily and readily accessible animal species. Fish is a very favourable food for these river otters but they also feed on various other animals like mussels, snails, small turtles, crayfish, salamanders and frogs. Suckers, catfish and perch are some of the most common fish that are consumed by these river otters.

Where can one find North American River Otters in South Carolina?

They live mostly underground in burrows they make. Frosted Flatwoods salamander migrate from September through December during rainy season. Female frosted flatwood salamander lay 100 to 200 eggs. These salamanders are found to be occurring in Atlantic and Coastal Plains. They live in wiregrass, longleaf and slash pine flatwoods alongside other animals in South Carolina.

Adults frosted flatwood salamander is found to be living underground as these forest areas are prone to fire. These salamanders start breeding in winters. The eggs are laid on land near burrows, leaves, bushes. The eggs get matured when the rain start falling in dry burrows or pond basin.

Where can one find Frosted Flatwoods Salamanders in South Carolina?

It is found at that place having less vegetation ponds and below the logs. This species is found to be breeding in acidic conditions.

It is species of rat snake. It is found in central and southeastern United States. It appears like venom due to this reason it gets killed. Corn snake is a harmless snake. Corn snake eat pests, rodents which is also a reason that it helpful to human beings as it provides protection to crops.

It got its name as it is found to be present near grain stores where it eats mice and rats. Its appearance resembles the kernels of corn. It prefers to live in forest openings, trees, flat woods, overgrown fields, buildings, farms. Corn snake live on ground till four months. In winter season these snakes become inactive. They get killed less in winter season as they are less active during this time. They live in rock cervices and logs during winter season but can also be found living in close spaces.

Corn snake is large in shape having orange spots on its back side. It can climb trees too. Corn snake can grow 4ft in length and can take curl over edges of forests. Corn snake spend a lot of time underground. Corn sake can be found active during both day and night.  Corn snake become nocturnal in summer season. They lay number of eggs in spring season.

Where can one find Corn Snakes in South Carolina?

Corn snake is found throughout South Carolina. They are found to be living on the outer part or edges of fields and forests. They have bright red-orange colour so there are easily identified even if they are hiding under tree logs or rock cervices.

Polyphemus moths belongs to Saturniidae family. It has wingspan of 6 inches. The features which we can easily see purplish eyespots on hind wings and it is large in shape. It got its name from its eyespots. This species of moth is widely spread in continents of North America. Its other population is found in United States and subarctic Canada. Polyphemus moths can eat 86,000 times as compared to its weight.

Its life cycle is found to be similar like that any other species which belongs to family Saturniidae. Polyphemus moths lays eggs of light brown colour on leaves of host trees which are flat. It prefers trees like maple, hickory, beech, plum, apricot, cherry, pear, quince etc. When hatching of eggs start small yellow-coloured caterpillars emerge. After this when the caterpillar grows, they complete life cycle five times and turn into pupa.

The instar formed is slightly different but on final time they appear to become dark green with silverish spots on sides. Polyphemus moths feed mostly on its host plant. It grown 3 to 4 inches in length. Cocoons of brown silk appear to be wrapped in the leaves of host plant. In United states two broods hatch each year.

One in the start of spring and other in end of summer. Moths get closed and after this they pump their wings with fluid which is known as hemolymph for elongation. When the female Polyphemus moth moves she produces pheromones which male Polyphemus moths easily detect through their antennae.

Where can one find Polyphemus Moths in South Carolina?

These moths are found almost all across South Carolina. They can be easily found in agricultural, urban and suburban areas. Adult Polyphemus moth gets easily attracted towards light so can easily found around the bulb holders in park or gardens.

This lizard is small in size and has a length of 4 to 7.25 inches. It has rough scales present on its body. Eastern Fence lizard is member of spiny lizard family and belongs to South Carolina and Georgia.

Where can one find Eastern Fence Lizards in South Carolina?

Eastern fence lizard is found on ground but are mostly tree dwelling. Like squirrel when eastern fence lizard is hunted it stays on the opposite part as that of predator. These lizards are commonly found in southeast in field edges and open forests together with other animals in South Carolina.

Eastern woodrat is a rodent having medium size with thick fur, large eyes, visible ears, distinct whiskers, mix coloured furry tail which smaller than half length of total body. Fur has mixed colour of black to greyish-brown whereas the feet, throat and underside are white. The furry tail also has colour in contrast between blackish brown. It is generally found in caves, forested areas and rocky outcrops.

Eastern woodrats are vegetarians so they feed on grasses, nuts, seeds, fruits, herbs and some parts of tree such as leaves, roots, stems, bark, buds etc. Their breeding season begins from February to September but they do breed year-round. Gestation period is of 35 days and female woodrats can mate even just after giving birth. The young ones are blind and hairless and they see new world through their eyes on 15th day.

Eastern woodrat either pick the nest material by mouth or drag it depend on the size of item. Eastern woodrat nests have many entry and exit escape holes. Every home consists of two nests but only one woodrat will be found in one home. Nests made can be easily found at 8 meter above ground in vines or trees but is generally located at ground level. These houses provide proper protection against rain, season changes etc.

The territory of female is smaller than that of male. As the eastern woodrat like living alone they do not go 21 meters from their nest but only go for sexual activity or attractive food. Eastern woodrat also contributes to the food web as they turn out to be food for other carnivorous animals.

Where can one find Eastern Woodrats in South Carolina?

Eastern woodrat can be easily found in South Carolina in southeastern part in coastal areas and in southwestern part in the mountains. These woodrats are found living in wide variety of habitats like deciduous or pine forests and in rocky areas. They are found in forests that are dry and also in the bottomlands, swamps and coves.

They are also found in older fields and cuts. When one is looking out for eastern woodrats one should look in latrines and bulky nests. These nests are built inside house. The latrines are located on ledges of rocks where number of piles get together. They have very good ecological importance and they provide homes to other animal species.

They also have huge impact on forest ecosystem due to transfer of seeds. These woodrats are commonly known for building large dens. These dens are found in different locations.

Summary on Animals in South Carolina 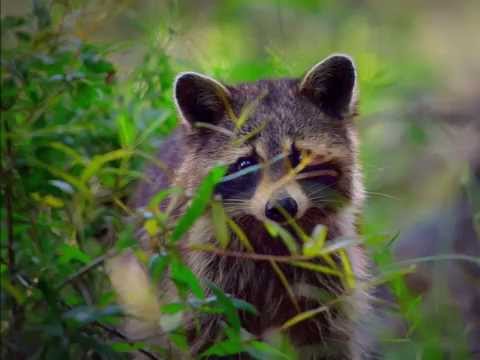 Animals in South Carolina are abundant. This list sought to investigate only a few animals found in South Carolina. The habitats and feeding habits of the Loggerhead turtle, North American River Otter, Frosted Flatwoods Salamander, Corn Snake, Polyphemus Moth, Eastern Fence Lizard and Eastern Woodrat have been discussed in detail above.

If you enjoyed reading about the animals in South Carolina, check out animals in Alaska and animals in Idaho next!