Welcome to Top 10 Strongest Animals in the World.

Strength is usually linked to size and how much damage and harm an animal can cause to humans. However, the real strength of any animals is relative to its own body size. Some of the animals on this list might be surprising. But the main take away from this list is size does matter (relatively).

Strength is not a matter of body shape or size. Rather it is a matter of ratio. In other words, how much can a body lift in weight relative to its own size. Let’s get into the list of the top 10 strongest animals in the world!

Jump to any section below: 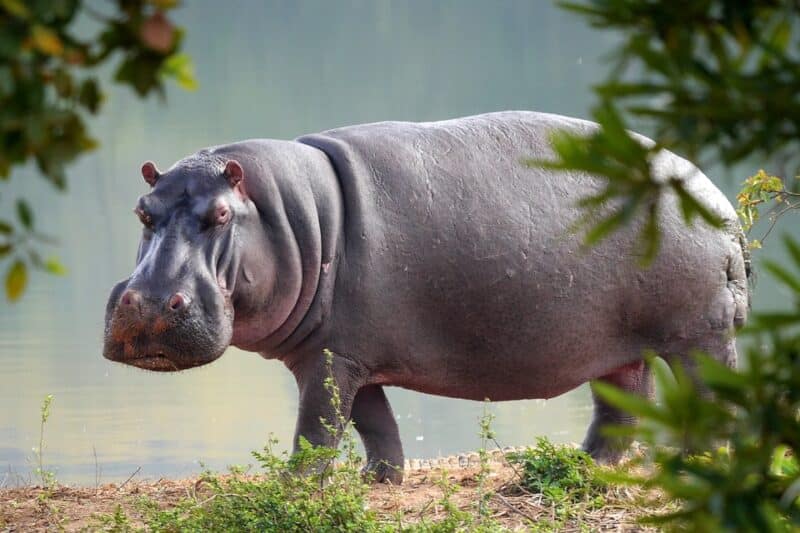 Hippos are the third largest living mammal found in the world, after elephants and white rhinos. Weighing between 1.4 and 5 tons and being herbivores, hippos need to consume roughly 80 pounds of grass each night to sustain their weight. Despite their weight, hippos are capable of moving at speeds of up to 30mph (roughly 50km/h).

The lifespan of hippos is around 50 years in the wild. Hippos have adapted to semi-aquatic environments and can move swiftly and elegantly in water and land. Their habitats include wetlands, rivers and swamps.

They can also hold their breath for as long as 5 minutes. No wonder this number one on the top 10 strongest animal in the world’s nickname is “river horse”.

Hippos jaws are able to open up to 150 degrees, which reveal their giant incisors. What places these chunky guys number one on the top 10 strongest animals in the world list is their sheer ability to move their weight through water and on land so quickly and ferociously. 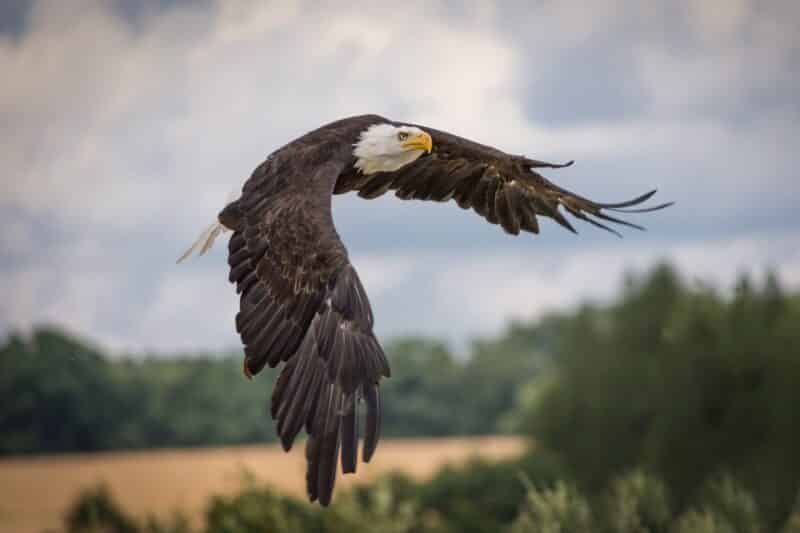 The king of the sky, found mostly throughout Africa and Asia is the Eagle. There are eagle species native to Australia, Central America, the Americas, and North America.

With the exception of vultures, eagles are the largest flying birds, with a wingspan of up to 1.8m. Eagle’s are members of the raptor family. Which means they feed on big vertebrates, which they can spot up to 2 miles away. Number two on the top 10 strongest animals in the world boasts the origin of the saying “eyes as sharp as eagle’s”. Some of the larger eagles, the Harpy eagle, feed on monkeys, sloths and coatis.

Records claim that some eagles have flown carrying prey weighing up to 6.8kg. While other species are known to have killed prey weighing between 30 and 37kg. This means that these eagles’ prey weighed 7-8 times more than them!

Eagles are known to use their heavy sharp beaks and powerful talons to rip the flesh from their prey. These birds are remarkable hunters and very powerful fliers. 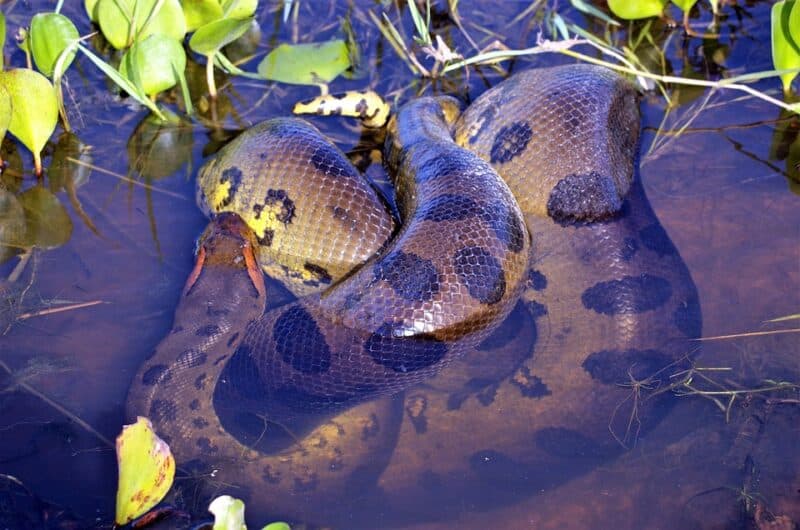 The most famous, and also the biggest, is the green anaconda. These anacondas live in wetlands and river basins throughout South America, including parts of Brazil, Colombia, Venezuela, Guyana, Surinam, Bolivia, Peru, and Ecuador.

If you’ve ever watched Crocodile Dundee or are a hardcore Steve Irwin fan you are no stranger to the strength of crocodiles. You’d also know that crocodiles have stronger jaws than alligators, hence they have a spot on the list of top 10 strongest animals in the world. In fact, saltwater crocodiles have the strongest bite compared to any animal, measuring at 3,700 psi.

Crocodiles are large reptiles that are commonly found in the Americas, Australia, Africa and Asia. Crocodiles are not native to Europe. Their habitats include wetlands, such as rivers and lakes, and saltwater regions such as lagoons and estuaries.

These T-rex rival bite force champions can live up to  75 years, grow up to 23 ft or 7m long and weigh up to 2,600 lb or 1,200kg. Given how hard crocs can bite down, how heavy they can be and how long they can be; they are definitely a force of nature. 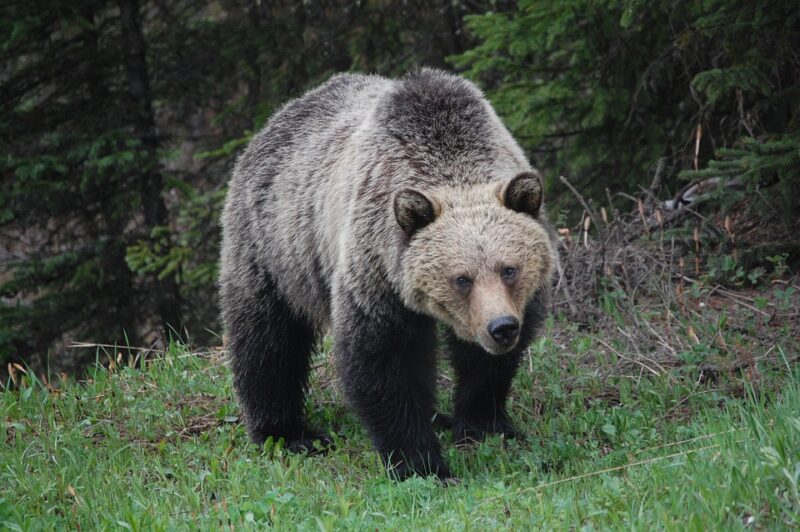 A key identifier of grizzlies are the humps on their backs. These humps distinguish them from black bears. The hump on a grizzly bears back is actually a muscle which they use to dig dens with and tear apart logs in search of grubs and plant bulbs.

While grizzlies dig dens for winter, bears don’t actually hibernate in winter. Rather they enter what is known as torpor. Which means that although bears bunker down for the worst part of winter, they are easily awoken by noises and touches. 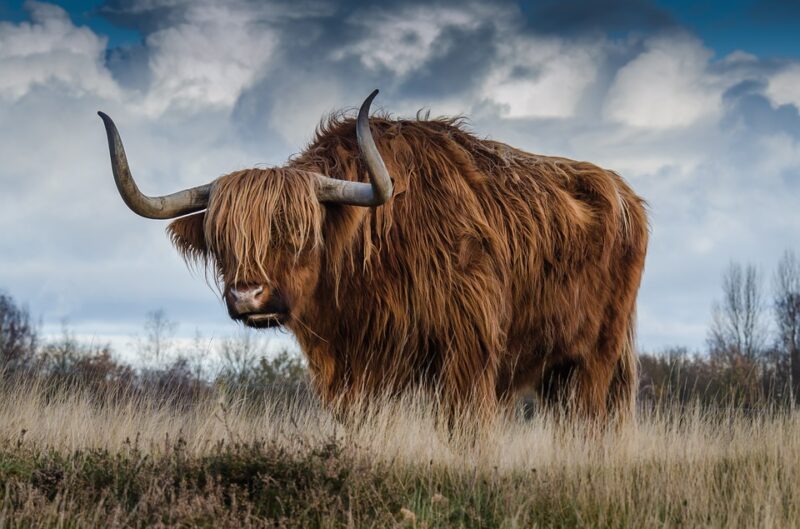 Ever heard the phrase “strong as an ox” and wonder why? Number 6 on the list of top 10 strongest animal in the world is not a wild animal but a draught animal.

Also known as a bullock, oxen are male bovine trained as draught or work animals. Commonly, oxen are castrated adult male cattle. The function of castration inhibits aggression and testosterone production, making the ox more docile to work with.

Oxen are used for plowing, pulling carts, hauling wagons, powering machinery that grind grain or run irrigation. The domestication of these creatures began around 4000 BC. The largest and most renowned big cat in the world deserves a spot on the top 10 strongest animals in the world list. Tigers can reach up to 3.3m in length and weigh up to 670 pounds.

While 10 species of tiger once existed, three have become extinct in the 20th century. Tigers are hunted for trophies and medicinal purposes. All remaining tiger species are at-risk of becoming extinct, but are under protected status. The most commonly known tiger is the Bengal Tiger, native to India. They also number more than half the number of all wild tigers.

The biggest tiger species is the Siberian tiger, which is also the most elusive. Tigers like water and are good swimmers. 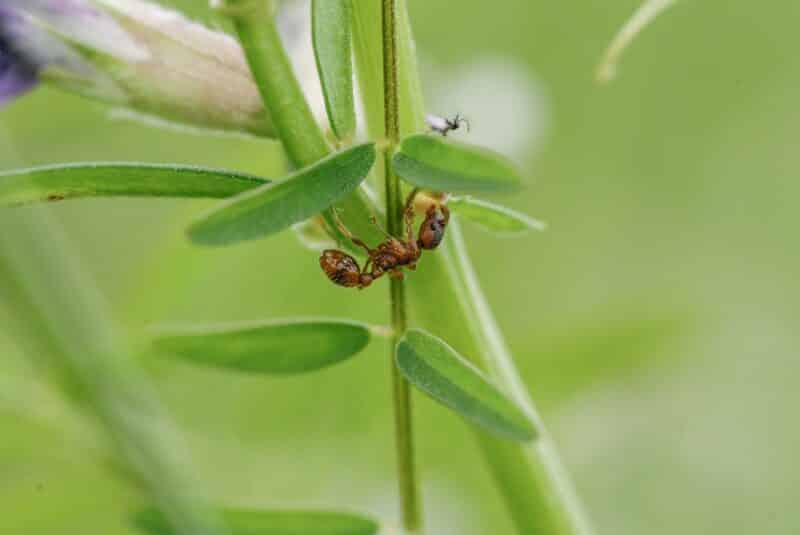 Leafcutter ants are named for their job, they cut foliage many times their own size and carry them off to their colonies. There, they chew them up and feed the ever growing underground fungus farm. Along this arduous journey these ants often engage in war with other ants and predators.

Recent research found that leafcutter ants exoskeleton is coated in calcite which contain high levels of magnesium, which can grind limestone. Bones and teeth of many animals contain calciferous minerals, leafcutter ants are the first insects found to sport calcite minerals.

Not only does this calcite mineral provide additional strength for the ants, it also protects them from fungal infections. Further, these ants are capable of lifting 50 times their own weight! 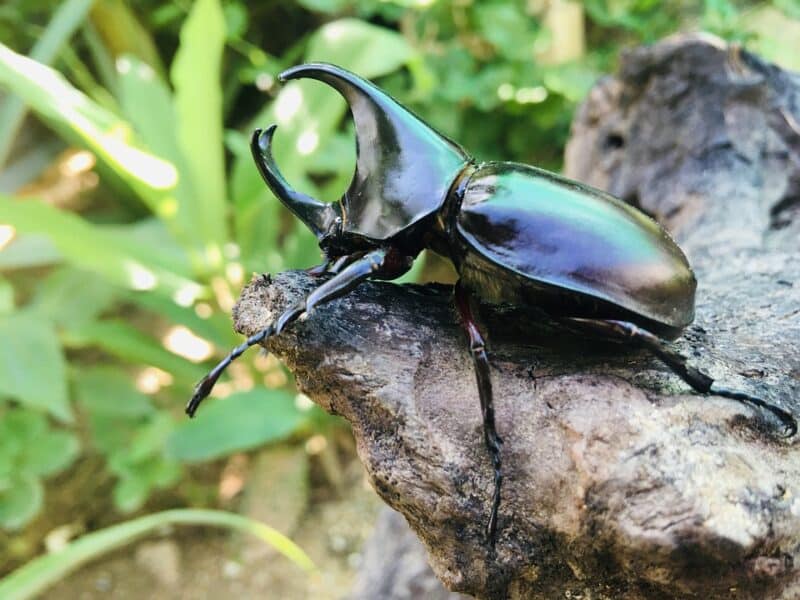 The penultimate strongest animal in the world, the rhinoceros beetles can lift 850 times their own weight. Rhino beetles horns look quite ferocious and hardy, however they are quite lightweight.

Their horns are made of chitin, just like the rest of their exoskeleton and are hollow. Only male rhino beetles have horns which they use for digging into soil and leaf litter to escape danger. The horns are also used to drive away other males away from the females during mating rituals.

These beetles are also known as Hercules beetles, for their herculean strength. These super strong insects grow only to 6 inches in size. 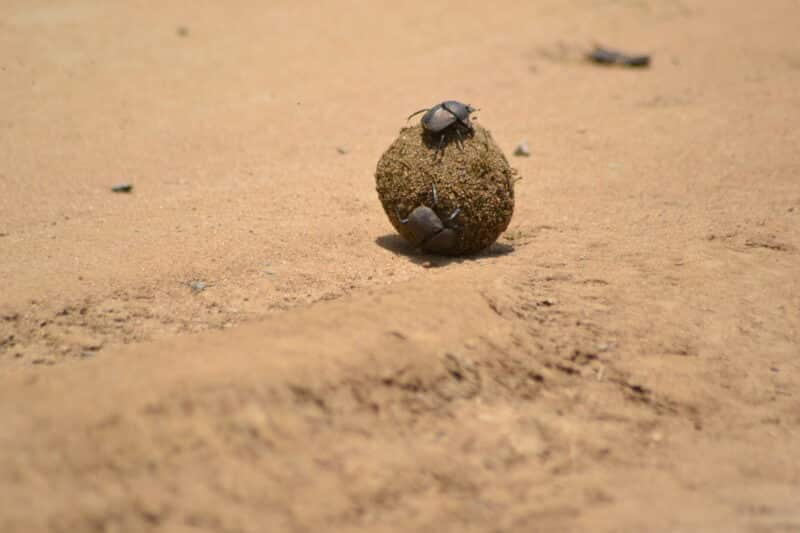 The strongest dung beetle species is the horned dung beetle. Only 10mm long, these beetles can lift 1141 times their own weight. The ‘rollers’ of this species can pull a dung ball 1141 times heavier than itself.

Humans have had, and continue to have, a damaging impact on wildlife. 9 out of 10 of the animals on this list are protected, endangered, threatened or nearing extinction.

It is important that we continue to raise awareness for the protection of these animals, not only for tourism. More importantly for the vital role these animals play in our ecosystem. An ecosystem that we are a part of just as much as they are.

Nature is wonderful, fascinating and deserving of our dedication towards its protection. If you enjoyed reading about the animals above, check out Animals of the Amazon and The 10 Most Endangered Animals in 2022 next.